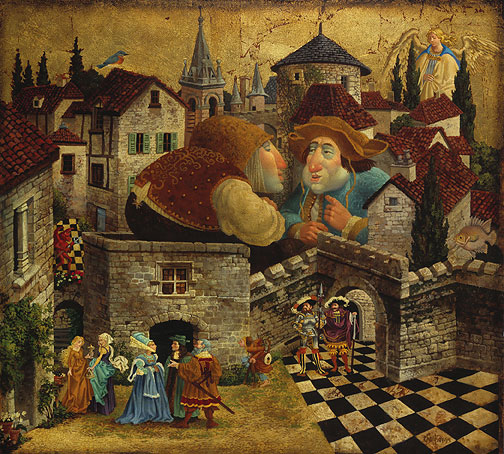 "Two Men in Conversation Attempting to Put Things"-- This piece," James tells us, "was influenced by Gothic painting and manuscript illumination, but the departure point is, of course, a pun on the word 'perspective.' For centuries, old men in villages have sat around tables and philosophized, trying to put life into perspective. Here are two fellows-looming large because they're the main subjects of the image as well as the center of their own conversation-discussing the community around them, the different strata of society being represented by a nobleman, scholar, beggar and so on. Once rumor and innuendo are nicely digested, this duo may chew on larger issues."